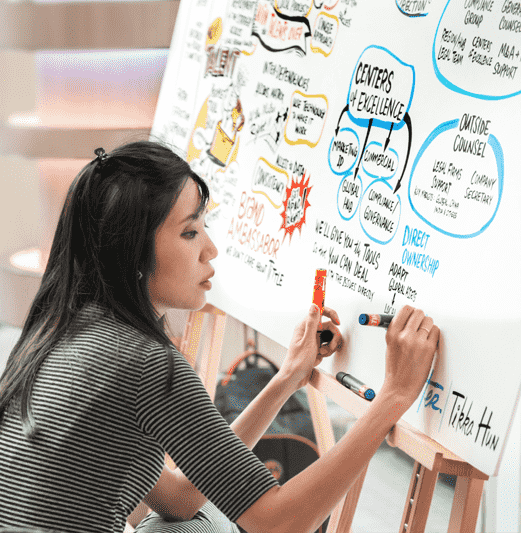 Armed with a first in BA Visual Communication from London Middlesex University, she worked as an award-winning art director at various advertising agencies in Europe for over 10 years.

In 2010, she explored graphic facilitation based on MG Taylor Methodology. She saw the magic of combining visual communication in graphic facilitation and started developing her authentic style. While Tikka has traveled to over 40 countries, she has worked and lived in Europe (London, Paris, Brussels) and Asia (Guangdong, KL). She became certified as a landscape designer in France before spending a year of retreat in a jungle village in Borneo with her husband. Tikka returned to her homeland in Kuala Lumpur and now works with some international consultancy networks and corporations as a graphic facilitator, as well as a trainer in the same field.